What should we do with plastic waste? The Green Paper launches a new EU ponders 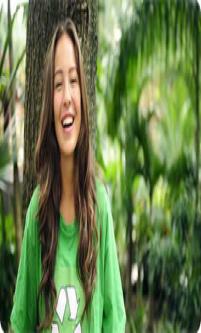 Plastic has become an indispensable item in our modern world. Plastics are versatile and durable, but this can be problematic durability . A Green Paper on 7 March by the European Commission intends to launch a structured discussion on how to make more sustainable plastic products throughout their life cycle and how to reduce the impact of plastic waste in the environment.

The Environment Commissioner Janez Potočnik said: "The management plastic waste is a major challenge in tea Terms of environmental protection, but also provides a great opportunity for resource efficiency. In a circular economy in which high recycling rates offer solutions to shortages of materials, I think the future is plastic. I invite all interested parties to participate in this process of reflection on how to convert the plastic part of the solution rather than part of the problem. . '

Once in the environment, especially in the marine environment, waste plastics can last hundreds of years . Up to ten million tons of waste, primarily plastics, they end each yeara oceans and seas around the world, making them the largest landfill of plastics.
Plastic is often perceived as a cheap material and disposable in our society of "throwaway" and recycling rates are low. Half of the plastic waste generated in Europe end up in landfills, a circumstance that should be avoided because the plastic may contain hazardous components and disposal may cause harmful emissions and pollutants and waste concentrates.

The Green Paper outlines the plastic key role in many industrial processes and applications and the potential economic benefits of increased recycling rates. As the world population grows and natural resources are increasingly scarce, the plastic recycling will be an alternative to the exploitation of virgin resources. To accelerate this change are better framework conditions necessary to promote eco-design and environmental innovation, giving priority to waste prevention and recycling into the design of plastic products.
Currently, legislation in EU waste does not specifically address the specific challenges posed by plastic waste. Member States should encourage recycling prevencióny over other modes of disposal, as is the case for all waste streams referred to the Waste Framework Directive, but it is clear that more progress needed .
The Green Paper aims to collect data and views to assess the impact of waste plas , appliances and define a European strategy to mitigate. It invites interested parties to provide their views on whether to adapt, and how, existing legislation to deal with plastic waste and to promote reuse, recycling and recovery of waste plastics in landfills. Also seeking views on the effectiveness of possible targets for recycling, and economic measures such as landfill bans, landfill taxes and payment systems for waste generation. The Green Paper also raises questions about how to improve the modular design and plastics chemical to increase recyclability, how to reduce marine debris and if necessary encourage biodegradable plastics.
Next Steps
The consultation, which includes 26 questions, will last until early June 2013. The result will be reflected in a series of new policy measures in 2014 as part of a comprehensive review of waste policy, which should take into account, in particular, existing targets on RECOVERY No waste and landfilling, and an ex-post evaluation of five directives that regulate various waste streams.
Context
In little more than a century, the plastic has become indispensable in modern engineering and production of mass consumer goods. In just 50 years, the global production of plastics has increased from 1.5 million tons per year in 1950 to 245 million tons in 2008, a trend that is expected to continue. The marine environment is particularly vulnerable to plastic waste. Plastic waste make up 80% of the huge plates of debris in the Atlantic and Pacific oceans and cause damage to marine species that may become entangled or ingest them. The presence of plastic waste, even in the most remote areas of the world seas and shores, shows a price to be paid for the excess plastic waste. The conventional plastic also contains a large number, and sometimes a large proportion of chemical additives that may be carcinogenic, cause other toxic reactions or act as endocrine disruptors.
The current waste legislation already contains some strategic elements to tackle plastic waste in the environment. The Waste Framework Directive (2008/98/EC) focuses on issues such as the concept of the life cycle, waste prevention rather than waste operations, extended producer responsibility, product design, resource efficiency and conservation of resources. Moreover, the Roadmap to a Europe-efficient use of resources and the 7th Environmental Action Plan, proposed by the Commission in 2012, currently before the European Parliament and the Council, develop reflection also considering a quantitative reduction target at EU level for marine debris.

" can make money with recycling and resource stop burning . We need a particularly reorganizacióny will "has di cho British actor Jeremy Irons in the presentation of the Green Paper.